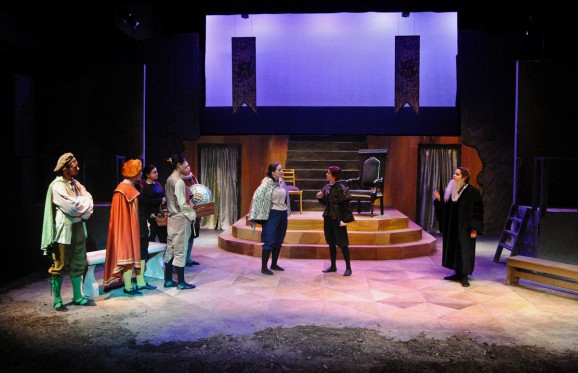 Muskingum University campus weekends are anything but quiet!

A look at some of the wide variety of events and activities Muskies enjoyed on October 24-27 demonstrates our vibrant 24-7 living-learning environment:

Trustee Robert W. Patin ’64 spoke on “The Discipline of Trust:  A Critical Skills for Effective People and Organizations” and was available for “check-out” by current students as part of the University’s “Living Library” alumni connections series.

The Theatre Department’s fall play, “Hamlet” was on stage for four performances.

Associate Professor of Religion Melissa Conroy presented a talk on “Monsters, Mythology, and Medicine” as part of the Library’s new “Faculty Red Hot Research” series, previewing a paper she will be presenting at a national conference in San Diego later this semester.

Sigma Tau Delta sponsored its annual “Poe in the Parlor” poetry evening in the Library, where students competed for prizes in the four categories of readings: original poetry, original prose, best well-read, and best overall.

BSU led a game of Glow in the Dark Capture the Flag on the East Lawn.

The murder mystery party “Who Shot the Sherriff” turned the Bait Shop into an 1869 Wild West town.

Muskingum Programming Board offered Halloweentown, complete with a movie, popcorn, and pumpkin painting in the Chess Center, and sponsored a day trip to Cedar Point for the park’s Halloweekends event.

The Muskingum Christian Fellowship hosted a bonfire at the bottom of the Chess Center.