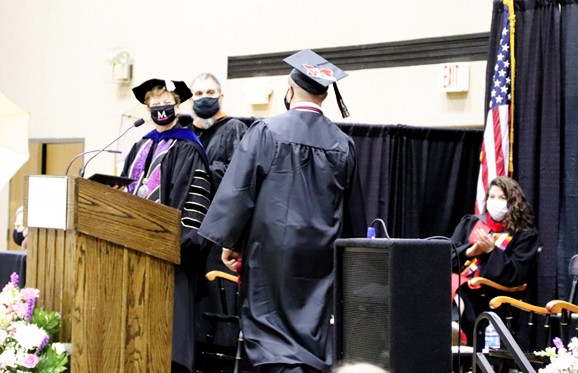 “This 2020-2021 academic year has been very different from any other in Muskingum’s history,” said the University’s President, Dr. Susan S. Hasseler. “Together, we have persevered through its unique challenges, opportunities, and triumphs, and it is wonderful to present diplomas and celebrate in person with our graduates, families and friends, and faculty and staff.”

Muskingum alumnus Darrell Hazell received an honorary Doctor of Humane Letters degree and addressed the graduates as principal speaker.  Dr. Hazell has had significant impact throughout his career as a football coach, mentor, educator, and student advocate, serving for more than three decades at the collegiate and professional levels and retiring after the 2018 season as the Wide Receivers Coach for the National Football League’s Minnesota Vikings. 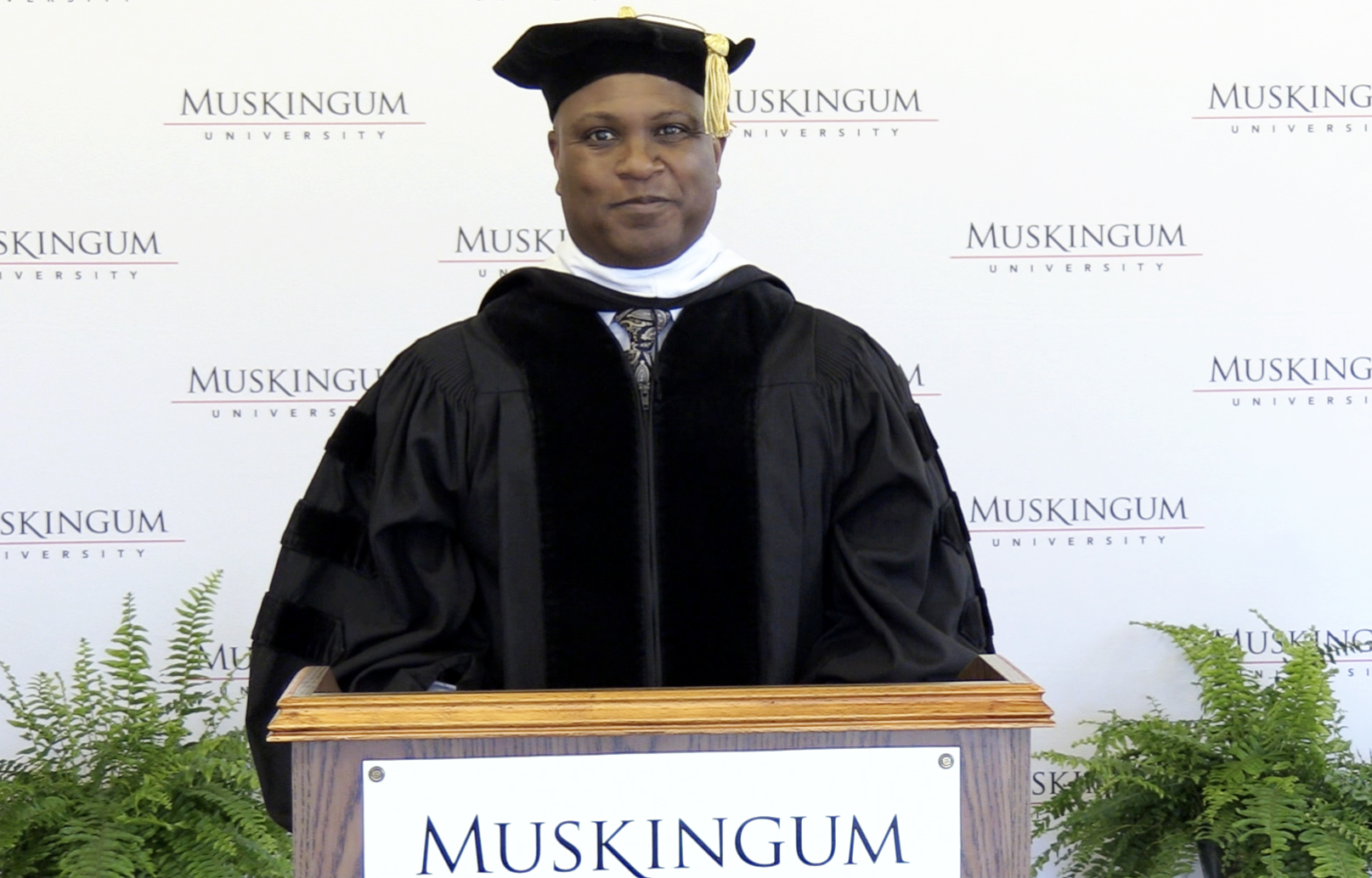 “I was you 35 years ago, sitting in those same seats, thinking those same thoughts, and having those same feelings and emotions,” Dr. Hazell told the Class of 2021. “You are ready. There is a greatness inside of you that you do not even know about until it is asked to be revealed. At some point in time, someone will ask you to do something you have never done before – put your head down, go to work, and solve the problems as you go along.”  He encouraged the graduates to go out of their way to find value in people and uplift and empower others, to be willing to ask for help from others, to extend opportunities to people who need second chances, and to have fun and enjoy every step of the way in the years to come.

Dr. Hazell earned his Muskingum Bachelor of Arts degree in Business and Speech Communication in the Class of 1986.  He is a member of the University’s Athletics Hall of Fame, in recognition of his accomplishments as a varsity student-athlete on both the football and track teams. Prior to joining the NFL, he served as an NCAA Division I Head Football Coach for Purdue University and Kent State University, and held assistant football coaching positions at The Ohio State University, the United States Military Academy at West Point (Army), West Virginia University, Rutgers University, Western Michigan University, and the University of Pennsylvania.

Recordings of the ceremonies can be watched online.