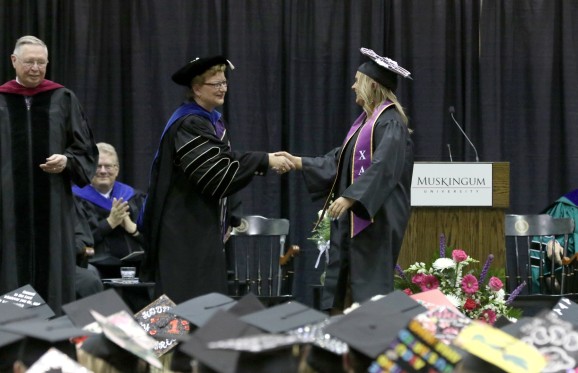 Muskingum University honored its undergraduate class of 2019 during the University’s 174th commencement ceremony on Saturday, May 11. The ceremony featured an address by Muskingum alumnus and WNBA Coach Daniel Dean Hughes.

Muskingum University President Dr. Susan Hasseler gave opening remarks, shared congratulations to the graduates and reminded them they will always be part of the Muskingum community.

“You have earned this degree - and this celebration - through your hard work, your determination, and your pursuit of excellence,” said President Hasseler. “You have had a tremendous impact on those around you already, and you will continue to do so in the future.”

“Those four years you spent here will continue to resonate in ways you don’t even imagine,” said Mr. Hughes. “When you get to a stage of life when you’re reflecting back on it, you’ll understand how moments here have influenced moments in the up and coming.” 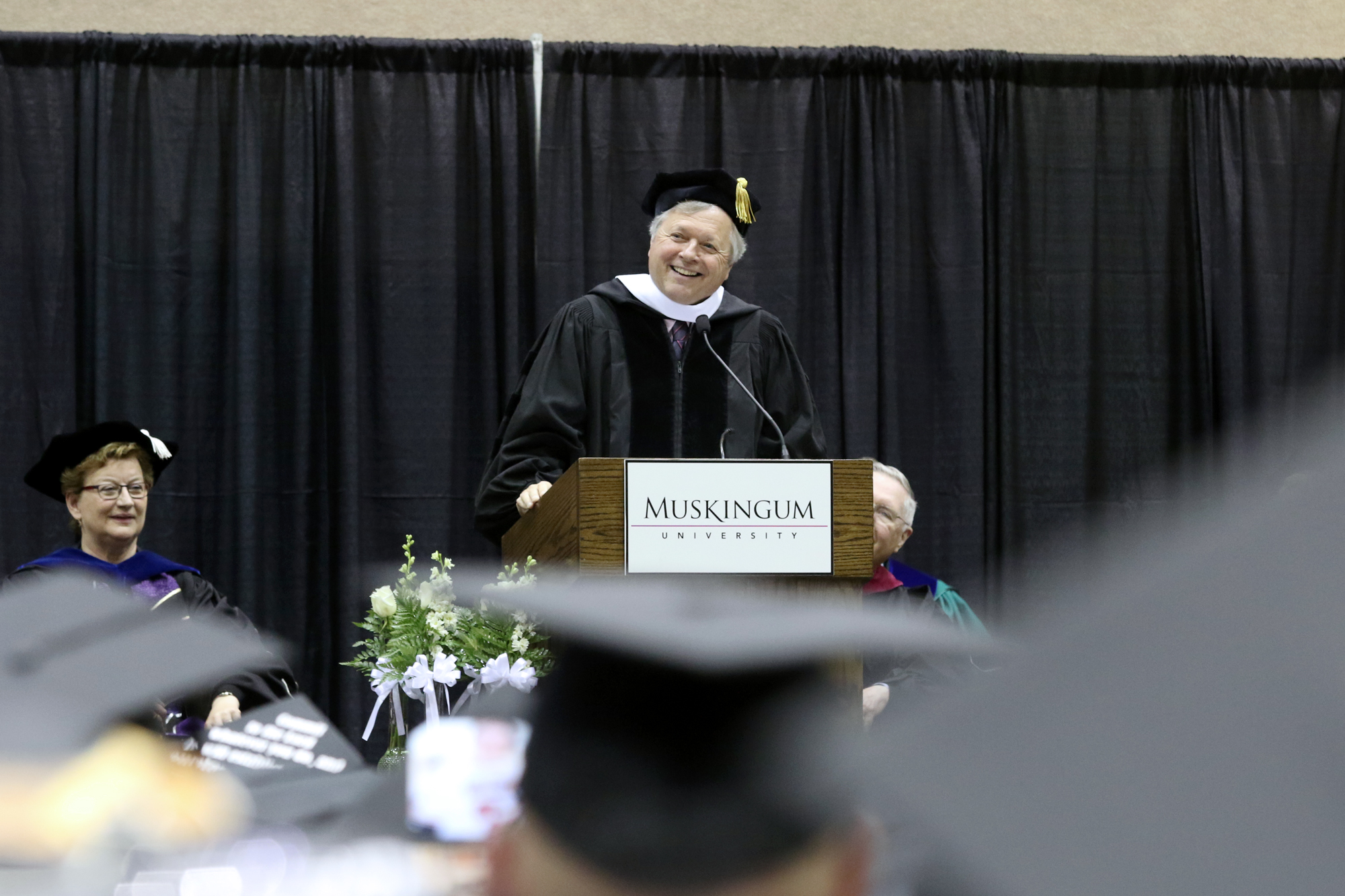 Mr. Hughes shared his undergraduate experience and provided a top 10 list of advice for the graduates to help coach their lives in the best ways possible, including to play to your strengths, actions are greater than words, to embrace the grind, and to empower others.

“What I went through in my four years at Muskingum University changed the arc of my life,” Mr. Hughes said. “When I was here, it was an incredible experience. Those four years taught me a lot, and the people here influenced me.”

“When you get to a more advanced stage of life, you’ll remember the relationships,” he said, “not how much money you made, not even how many wins you had. It’s about the relationships. That’s what resonates when you move through life.”

After guiding the Seattle Storm to the 2018 WNBA Championship, Mr. Hughes returns for his 19th season as a WNBA head coach and his second at the helm of the Storm. He is the WNBA’s all-time leader in games coached (558) and his 263 wins are the league’s all-time third-most wins. He was twice named WNBA Coach of the Year (in 2001 and 2007) and has also served as a head coach for both the 2009 and 2018 WNBA All-Star Games.

Kayla Wilkerson spoke as this year’s Class of 2019 Representative. She shared congratulations to her classmates and gave thanks to everyone in attendance for being supportive to each graduate. 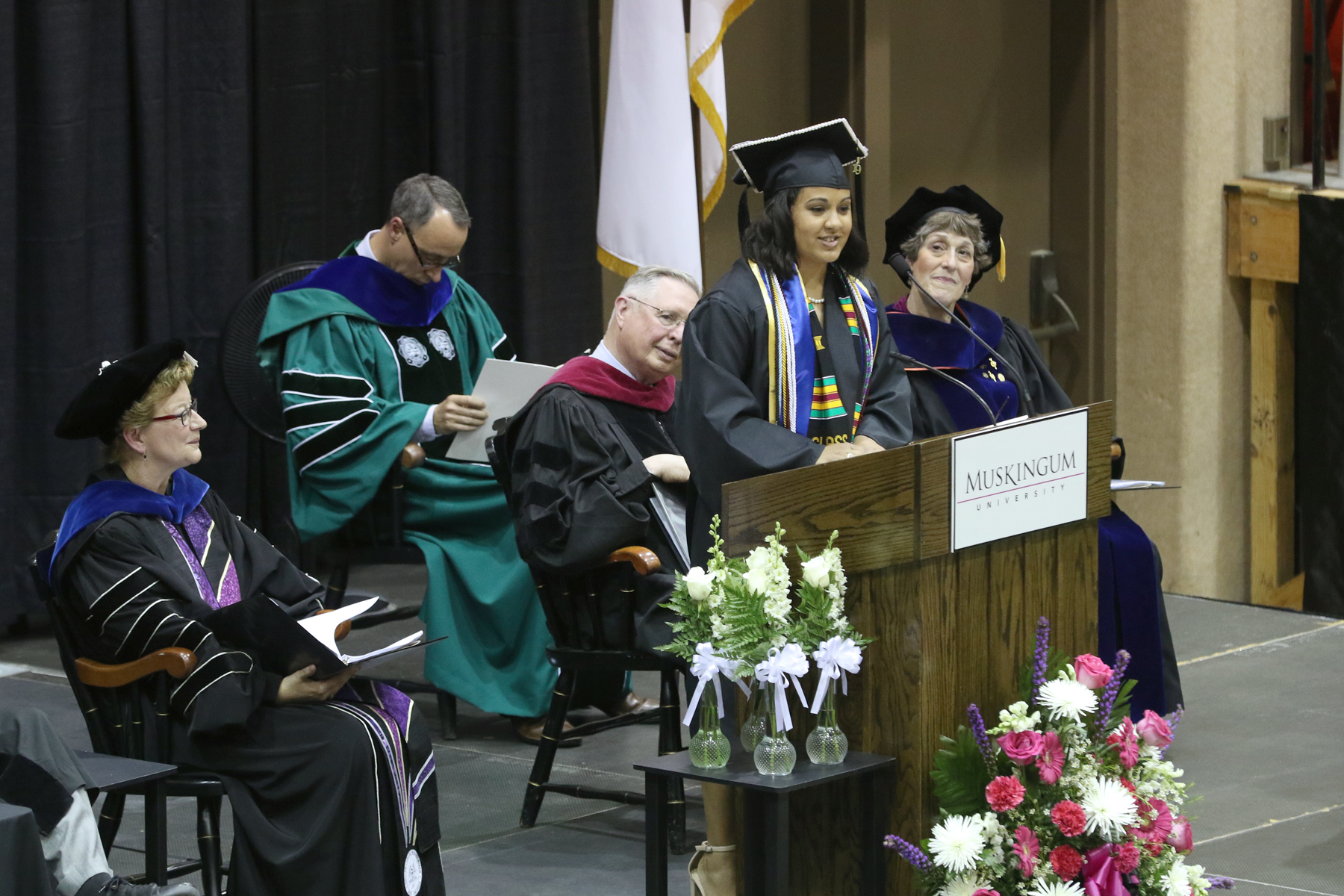 “To be a graduate of Muskingum is to be part of something that truly makes a difference,” said Wilkerson. “I have not a single doubt of the amount of success I will hear about from all of you.”

Watch the ceremony by visiting muskingum.edu/live.

View and purchase photos of the event from Bruce Hefflin Photography.

Celebrating A Combined 141 Years of Service