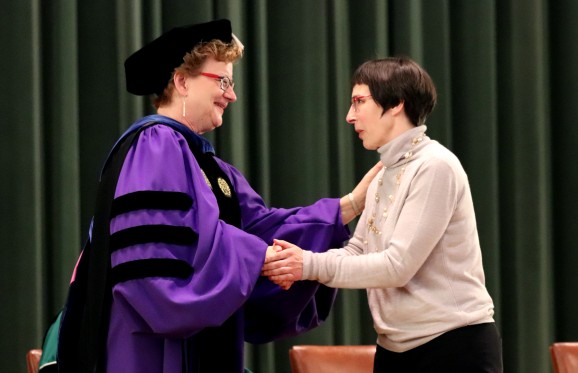 During Muskingum University’s annual Celebration of Excellence on April 5, the  2019 recipients of the University’s highest faculty recognitions were announced. 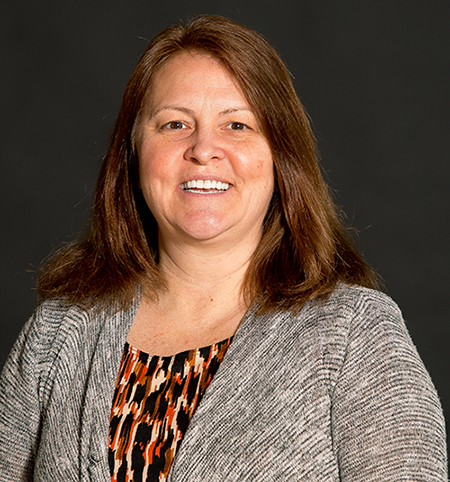 Associate Professor of Education Dr. Ky Davis received the William Oxley Thompson Award for Excellence in Teaching.  In announcing the award, Muskingum University Provost Dr. Nancy Evangelista shared that “long after students graduate, they rave about how Dr. Davis was dedicated to their success, devoted many hours outside of class time to individual assistance and group study sessions, and most importantly, how she profoundly changed their view of themselves as learners.”  Dr. Davis joined Muskingum in 2006 and holds a Ph.D. degree from Capella University and B.S. and M.S. degrees from Ohio University.

This award is named in honor of  William Oxley Thompson, a Muskingum University Class of 1878 alumnus who served as a transformational president of Miami University of Ohio (1891-1899) and The Ohio State University (1899-1925). President Thompson’s philosophy was that “successful teaching means not merely instruction in knowledge, but inspiration, uplift, and outlook.” 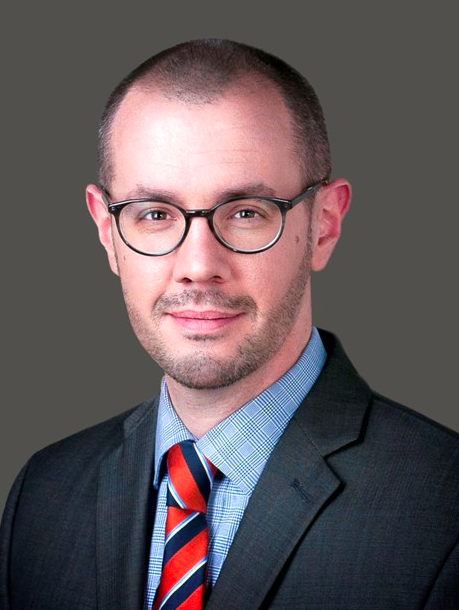 Associate Professor of Music Dr. Zebulon Highben received the William Rainey Harper Award for Outstanding Scholarship.   The award recognizes faculty who distinguish themselves and the University through their scholarship. Provost Evangelista cited Dr. Highben as a “prolific scholar, whose numerous published articles, reviews, and original creative works have drawn regional, national, and international recognitions and awards in his field, and generated invitations for performance and collaboration from prestigious colleagues and institutions.”  Dr. Highben joined Muskingum in 2012 and holds a D.M.A. degree from Michigan State University, an M.S.M. degree from Lutheran Seminary, and a B.M.E. degree from The Ohio State University.

This award is named in honor of the New Concord native and Muskingum Class of 1870 alumnus William Rainey Harper who became the founding president of the University of Chicago. 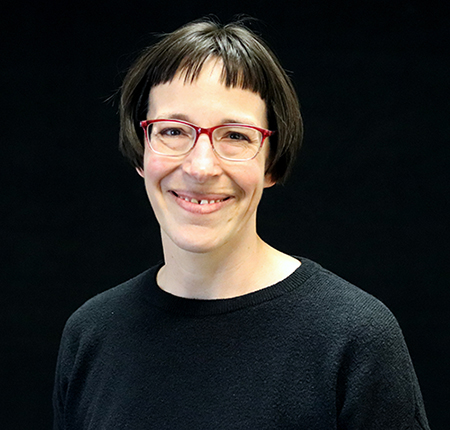 Associate Professor of Biology Dr. Amy Santas received the Cora I. Orr Faculty Service Award.  “Dr. Santas works tirelessly to create a better Muskingum University. Her leadership in implementing a wholistic advising model that helps students find purpose and meaning is reshaping the advising process across campus, “ said Provost Evangelista. Dr. Santas joined Muskingum in 2004 and holds a Ph.D. degree from the University of Wisconsin-Madison and a B.A. degree from Luther College.

This award is named in honor of Cora I. Orr, a Muskingum faculty member and administrator whose four decades of service to students included her roles as an instructor of languages and psychology, as a counselor, and as Dean of Women.