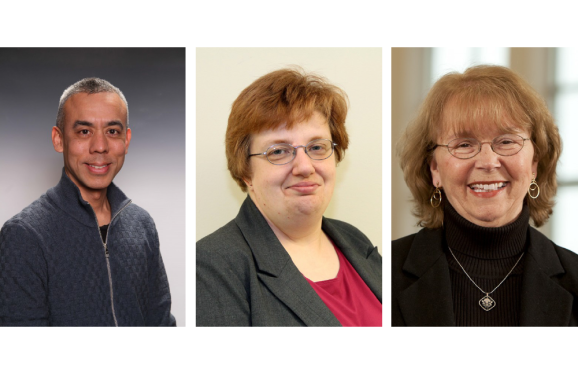 During Muskingum University’s annual Celebration of Excellence on April 24, the 2020 recipients of the University’s highest faculty recognitions were announced.

In announcing the award, Muskingum University Provost Dr. Nancy Evangelista shared that “he is known as an innovator in the classroom, drawing students to his courses with a reputation for being challenging, creative, and inspirational. He brings an energy to his teaching that provides his students with a life-long joy of learning, moves Muskies to action, and changes their lives whether exploring the world through literature, classroom discussions, or study abroad trips.”  Dr. Kaluhiokalani joined Muskingum in 2006 and holds a Ph.D. degree from The Ohio State University and M.A., B.A. and A.A. degrees from Brigham Young University.

This award is named in honor of  William Oxley Thompson, a Muskingum University Class of 1878 alumnus who served as the transformational president of The Ohio State University from 1899-1925.   President Thompson’s philosophy was that “successful teaching means not merely instruction in knowledge, but inspiration, uplift, and outlook.”

In awarding this recognition for faculty who distinguish themselves and the University through their scholarship, Provost Evangelista cited Dr. Baker’s “impressive list of 13 significant scholarly products within the past decade on a wide variety of topics, including publishing or editing 3 books, contributing 7 chapters to edited books, and publishing 3 articles in top journals.  She presents regularly at annual professional conferences in her field and in 2018 was appointed a Fellow by the Association for Gerontology in Higher Education.” Dr. Baker joined Muskingum in 2009 and holds Ph.D., M.S., and B.A. degrees from Miami University.

This award is named in honor of the New Concord native and Muskingum Class of 1870 alumnus William Rainey Harper, who rose from humble beginnings in a log cabin on Main Street to become the founding president of the University of Chicago.

“She is truly an educator who lives to serve: she has expanded opportunities for her students by obtaining grant-supported scholarships and training programs, she represents her profession and Muskingum University on numerous boards of directors at the local, state, and national level, and her work on community boards and initiatives enriches the quality of life in our region with multiple educational and cultural programs,“ said Provost Evangelista. Dr. Hansen joined Muskingum in 2005 and holds a Ph.D. degree from Ohio University and M.A. and B.S. degrees from The Ohio State University.

This award is named in honor of Cora I. Orr, whose four decades of expansive service to Muskingum, in roles including instructor of languages and psychology, counselor, and Dean of Women, led to her long-lasting, positive influence on campus programs, the lives of her students, and the University community.