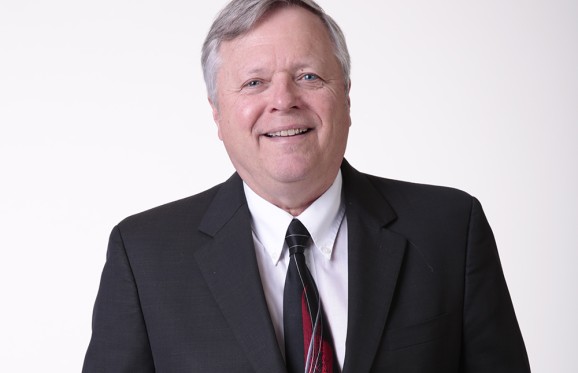 After guiding the Seattle Storm to the 2018 WNBA Championship, Mr. Hughes returns for his 19th season as a WNBA head coach and his second at the helm of the Storm. He is the WNBA’s all-time leader in games coached (558) and his 263 wins are the league’s all-time third-most wins. He was twice named WNBA Coach of the Year (in 2001 and 2007) and has also served as a head coach for both the 2009 and 2018 WNBA All-Star Games.

“Daniel Hughes is an inspiring example of the impact an individual can have as a coach, educator, and leader among his peers,” said Muskingum University President Susan S. Hasseler. “His influence is evident in both his own tremendous coaching success and in the coaching success of the former players and assistant coaches who prepared for their own leadership roles under his guidance. We are very pleased to welcome him back to Muskingum to address our graduating Class of 2019.”

His leadership is evidenced by his extensive head coaching tree. Four of the current twelve WNBA head coaches previously served as assistants under Mr. Hughes: Cheryl Reeve of the Minnesota Lynx, James Wade of the Chicago Sky, Sandy Brondello of the Phoenix Mercury and Brian Agler of the Dallas Wings. Many of Mr. Hughes’ former players have also become coaches at the professional and elite amateur levels, including Becky Hammon, assistant coach for the NBA San Antonio Spurs; Dawn Staley, Head Coach of the World Cup/Olympics USA Basketball Women’s National Team and Head Coach of the University of South Carolina women’s basketball program; and Chasity Melvin, assistant coach with the NBA Hornets’ G League team, the Greensboro Swarm.

Prior to his WNBA coaching career, Mr. Hughes served as the assistant coach for the University of Toledo’s women’s basketball program (1996-1997) and men’s basketball program (1991-1996). During his tenure with the Rockets’ women’s hoops team, Toledo posted a 27-4 record, winning the Mid-American Conference (MAC) Championship and notching an NCAA Tournament appearance.

Mr. Hughes also served in assistant coaching roles with the men’s basketball teams at Mount Union College (1982-1984 and 1985-1991) and Baldwin-Wallace College (1984-1985). As a graduate assistant at Miami University of Ohio, he helped the RedHawks to a MAC Championship and an appearance in the NCAA Regionals during the 1977-1978 campaign.

He earned his bachelor’s degree in physical education and history from Muskingum and a master’s degree in education from Miami University of Ohio. Mr. Hughes is a member of the Muskingum University Athletics Hall of Fame. He and his wife, Mary Regula Hughes, a graduate of the Muskingum Class of 1978, are the parents of two children, Bryce and Sara. Their family also includes son-in-law Major Craig Bayer and grandchildren Logan, Jonah, Casey and Penny.

Muskingum University’s 174th commencement ceremony will be streamed live, beginning at 1:30 p.m. on Saturday, May 11, at Muskingum.edu/Live.