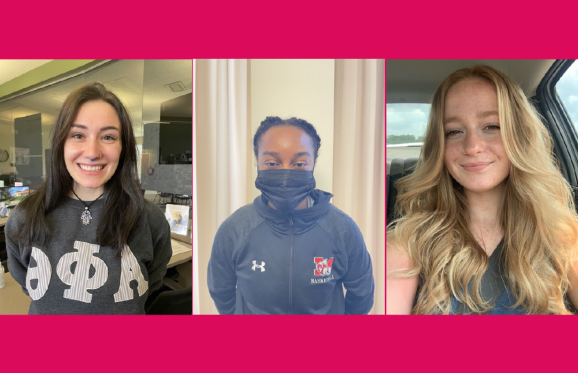 Casey Smith, a junior political science and public administration major, serves as the president of BSU. Her favorite event was trivia because BSU handed out some Black History Month merch and because “you don’t realize how much we don’t learn about Black history.” Students not only learned new things about Black history, but also became more engaged and interested in learning more.

Junior neuroscience and psychology major Sydni Trudo enjoyed the Brewed Awakenings event where they served “soul foods” such as bacon mac and cheese, mashed potatoes and green beans. Additionally, she enjoyed the MLK Reflection Walk because she was able “to learn more things about his legacy” that she didn’t know before. Trudo is a part of BSU and Women in Politics.

The Women in Politics club and the History Department came together to host an event for Black History Month as well. They hosted a Transcription event where students could listen to Librarian Nainsi Houston’s crash course on transcribing historical documents. Students then worked on transcribing documents of their choosing and submitting them online. Many documents were in cursive, so students worked to digitize them for future use. For this event, students chose documents from the Freedmen’s Bureau, housed in the Smithsonian Institute. For Women’s History month, this event will be hosted again but students will transcribe documents related to the Clara Barton Papers and records of the National American Woman Suffrage Association, housed at the Library of Congress.

Women in Politics also arranged the traveling exhibit of Mary Church Terrell to be displayed in the library. Terrell was one of the first African American women to earn a college degree and was a women’s and civil rights activist. She attended school at Oberlin College, where the exhibit originated. The exhibit includes 10 biographical banners which can be found around the first floor of the library until the end of March.

For Women’s History Month, Women in Politics will also be hosting a trivia table in the library based on women’s history and the Mary Church Terrell banners, and a Craftivism & Personal Empowerment event.

The Craftivism event will be led by Muskingum Alumnae of 2017 and art therapist Sarah Gotschall. She will provide students with a variety of projects intended to celebrate both Women’s History Month and their own sense of identity and empowerment.

Hannah Riggle, president of Women in Politics, is a junior history major. Her favorite part about the transcription event was seeing so many people support Black History Month and both the club and history department. She is excited for the Craftivism event because it “will be the first one we have ever had at Muskingum. I am looking forward to bringing a new event supporting women’s empowerment to campus.”

The John and Annie Glenn Public Service Fellows Program is also jumping in on the action by hosting a Women’s History Month book drive. They are collecting certain children's books based on women’s history and empowerment through an Amazon Wishlist to donate to local Muskingum County elementary schools. You can participate in the book drive by clicking here.

Education and awareness were prominent during February and March on Muskingum University’s campus and students took initiative to empower their fellow classmates while celebrating and acknowledging Black history and women’s history.

Honoring Scholarship, Leadership, and Athletics
Back to top