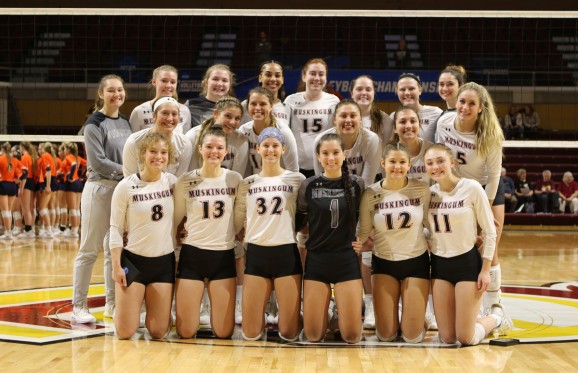 The 14th-ranked Muskies end its outstanding season at 27-4 overall. This year marked Muskingum's best campaign since 1999 and saw the Muskies capture a share of the Ohio Athletic Conference Regular-Season Championship.

Muskingum advanced to the NCAA Tournament for the first time since 2008 and won its first NCAA Tournament match since 1999 when the Muskies beat Wittenberg in the opening round, 3-1.

Read more about the semifinal match up at the Fighting Muskies website.

Muskingum mourns the passing of Gene Ford '74
Back to top