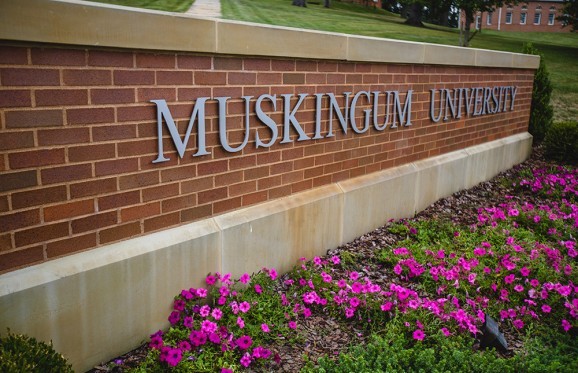 Jocelyn Workman '07 has received the Outstanding Senior in French Award from the American Association of Teachers of French (AATF) and has been named as the English language teaching assistant at the Institut Universitaire de Technologie in Nice, France for the 2007-2008 academic year.

A political science and French major, Workman will receive the award this April during the college’s senior seminar presentations. The AATF award recognizes a graduating senior who demonstrates excellence in the study of French, as well as exceptional commitment to the French language and many cultures where it is spoken.

Workman was cited by the AATF for having participated in Muskingum’s study abroad program for a semester at the University of Toulon-Var in France, serving as president of the college’s French Club and as vice president of its chapter of Phi Sigma Iota, the international foreign language honorary. She also has attended a workshop in Washington D.C., sponsored by Women's Foreign Policy Group and Women in International Security, for those interested in a career in foreign service with the U.S. Department of State.

Workman was selected for the position of English languague teaching assistant based on her academic performance, her experience as an exchange student at the University of Toulon-Var in France and her service to the language programs at Muskingum College.

In addition to her work in French and political science, Workman has studied German and Spanish at the college and plans a career in the foreign service after graduation.

Dr. Rob Sharp: Engaging Students in the Ethics of Technology