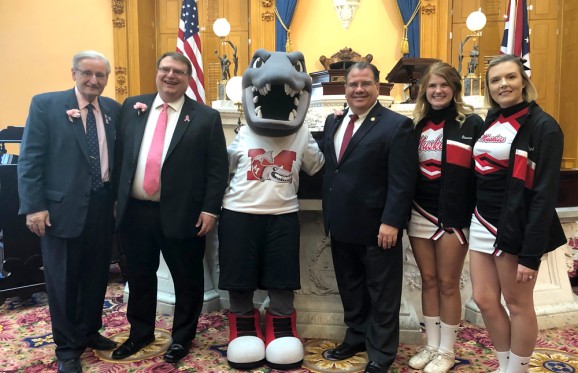 Muskingum University’s cheerleaders and mascot, Magnus, joined other mascots and cheer squads from around the state to help spread awareness of school spirit, pride, and diversity at the Ohio Statehouse in conjunction with the Association of Independent Colleges and Universities of Ohio (AICUO) Mascot Day on Wednesday. Magnus was welcomed and recognized in both the House and Senate chambers during Legislative Session on Wednesday, October 23rd. 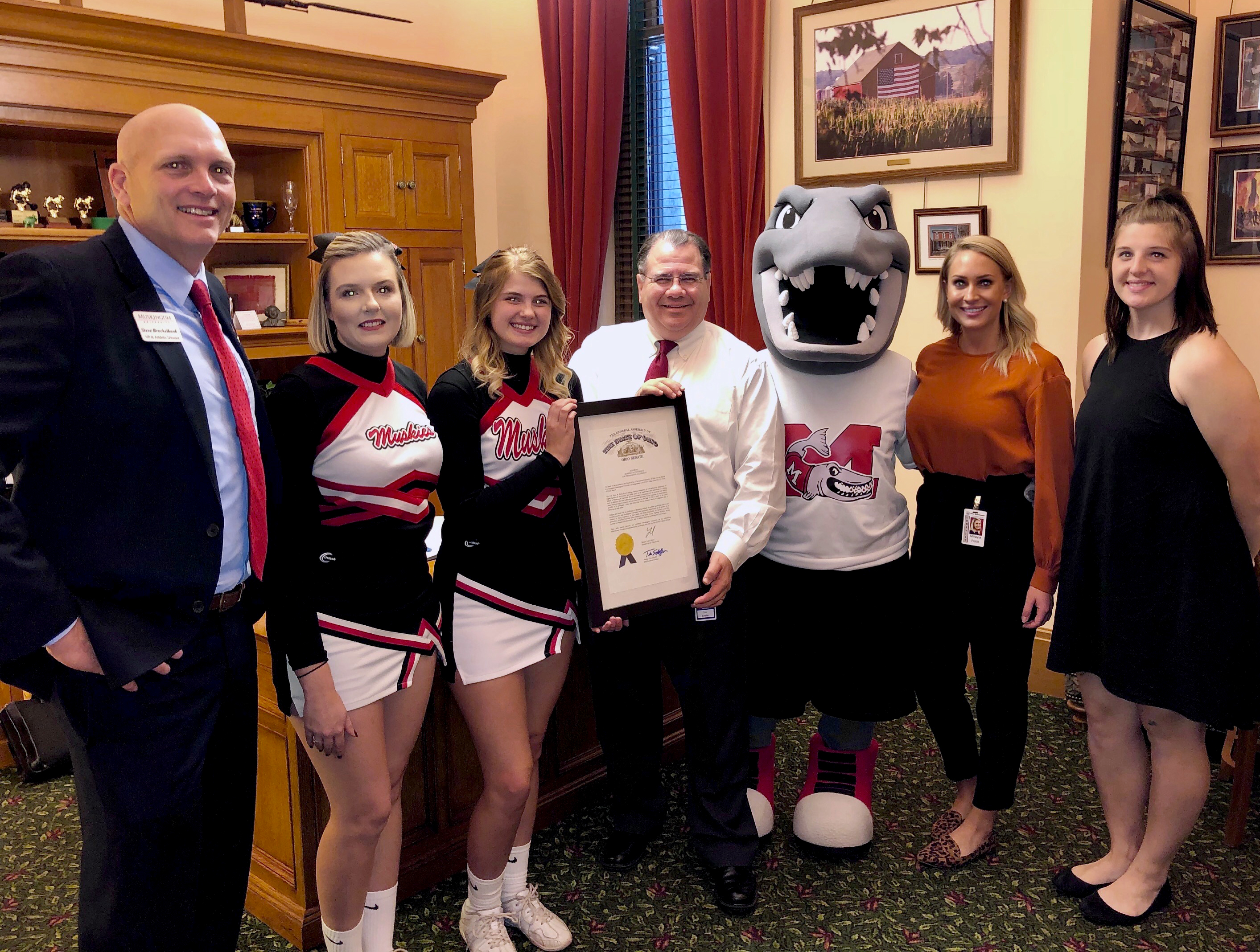 Ohio Senator Tim Schaffer (R-Lancaster) presented an official proclamation on behalf of the members of the Senate of the 133rd General Assembly of Ohio honoring Muskingum University for tremendous attainment on being named a 2020 Best Value School by U.S. News & World Report.

AICUO’s biennial Mascot Day provides the opportunity for universities around the State to engage with Ohio Legislators and network with other institutions. 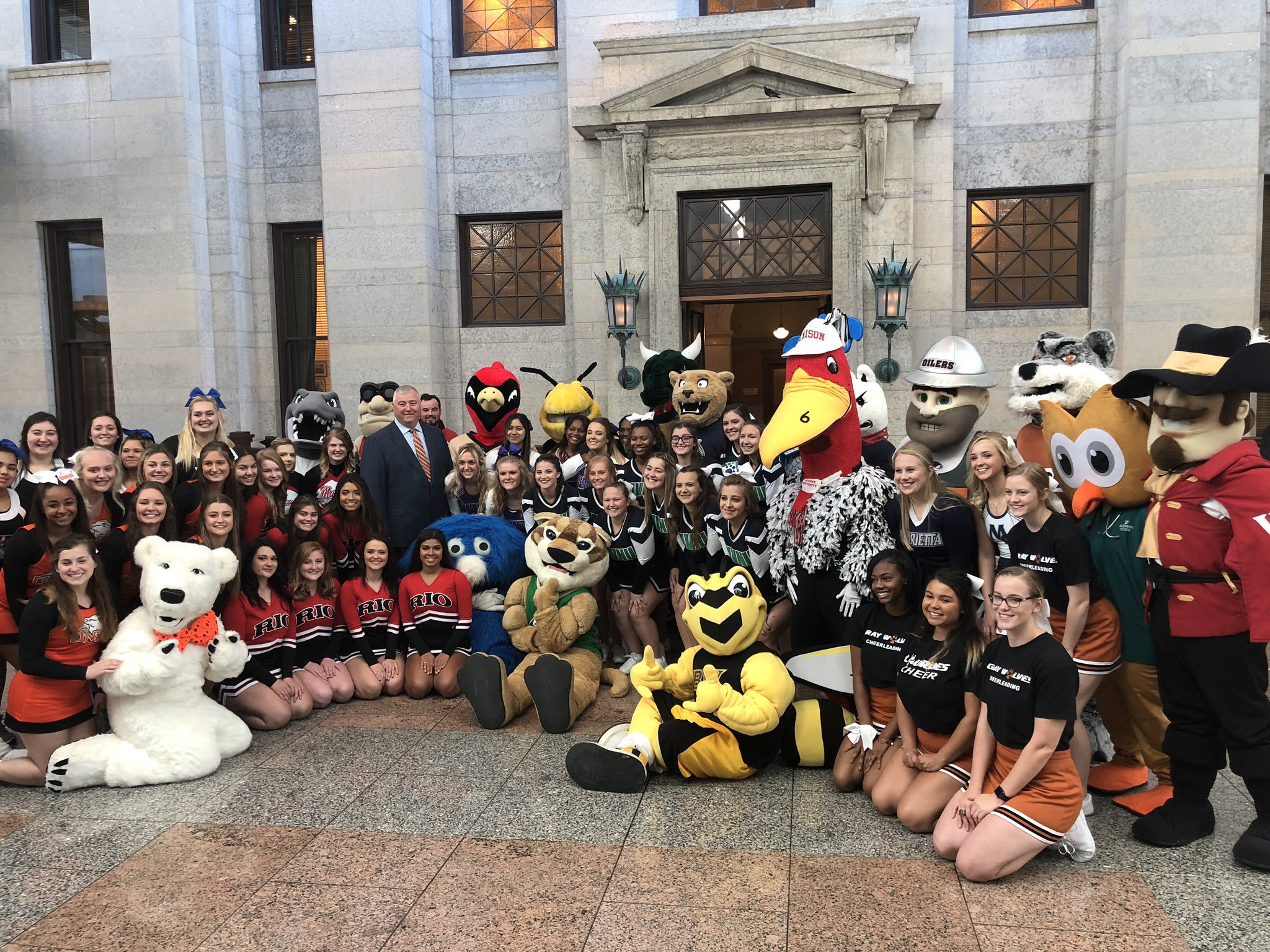 “Attending mascot day at the Ohio Statehouse was a wonderful occasion that allowed Muskingum to showcase its school spirit and highlight the impact that Muskingum has on its students, community, and region,” said Muskingum Vice President and Athletic Director Steve Brockelbank.