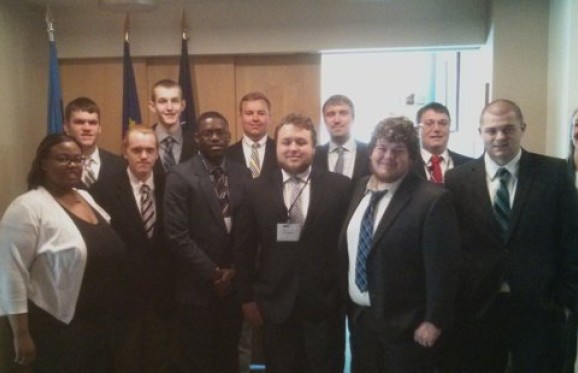 For this year’s session, the students decided to represent Estonia, and researched that country and the issues it faces, including the threat of separatism from the Russian-speaking minority and tensions over its membership of NATO. At the four-day conference, the students participated in a wide range of activities that closely model the operation of the United Nations itself. The closing ceremony of the Model United Nations takes place in the actual UN building and the students had a chance to meet the Estonian delegation to the UN.

The students are advised by Assistant Professor of Political Science Richard Arnold.

Quarantine Diaries Featured in The Columbus Dispatch
Back to top