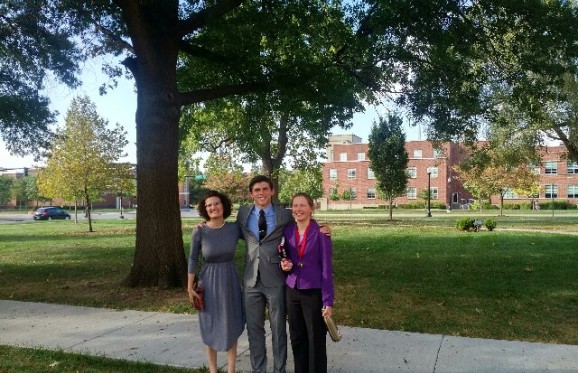 The Muskingum University Forensics Team had three members compete and place at the “Forensics 500 Audrey Cunningham Speech & Debate Tournament” on Saturday, Sept. 20. The tournament was hosted by the University of Indianapolis with more than 10 schools in attendance.

The Forensics Team will next compete at the "Age of Aquarius" tournament on Oct. 12 at Ball State University in Muncie, Indiana. Forensics is also hosting the "Heart of It All" OFA Invitational Tournament on campus with 12 individual events and one-on-one debate. Last year the tournament was attended by nearly 150 people from 15 schools.