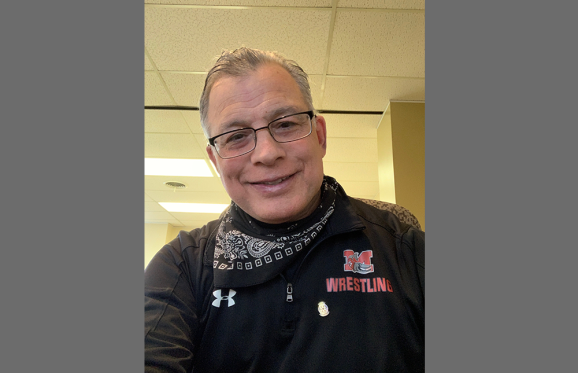 Don Mason ’79 was elected Mayor of the City of Zanesville, Ohio in November 2019, garnering more than 65% of the vote and winning every precinct.

“My career in public service has truly come full circle.  Just after I graduated from Muskingum in 1979, I was elected as a write-in candidate for Zanesville City Council.  I was elected Mayor at the age of 26 and served two terms [1983-1991], before I entered the field of energy regulation.”

“Through my career, I have trained many times for emergency situations, including pandemics, which has been tremendously helpful as we respond to current challenges. But preparedness training focuses on regionalized events, rather than the simultaneous nationwide health and economic impact, so there is an element of 'learn as we go' as we respond to COVID-19.”

“We can no longer take public health and hygiene for granted, and we need to put standards in place to safeguard everyone, especially our most vulnerable populations, at the same time as we restart our economy. In the first days of our response, our city’s focus was on stepping up the operations of our food bank and hot food kitchen to help meet our citizens’ basic needs due to sudden unemployment.”

“I’m a huge advocate of the liberal arts education I received at Muskingum. My familiarity with the sciences – especially biology and chemistry – have been a tremendous asset throughout my career, along with my major in political science and history.  The lessons I learned as a varsity student-athlete were invaluable, and I was honored to become Muskingum’s first All-American wrestler. In fact, I am still involved with my sport, now in my 41st year as a high school wrestling official.”

Mayor Mason and his wife Danielle are the parents of Zachary, who is a wrestler and member of Muskingum’s Class of 2021, Christian ‘13, and Madison.

“Ask Me Anything” Features Muskingum Alumni
Back to top