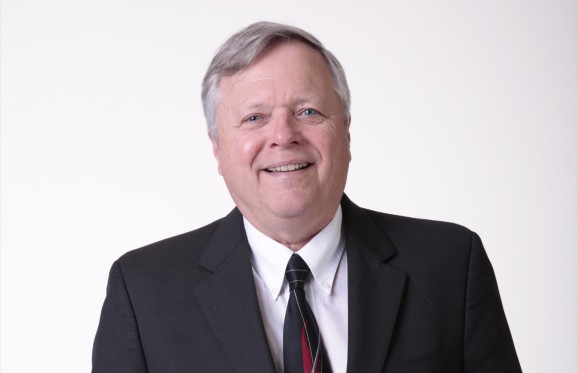 Hughes is the WNBA's all-time leader in games coached (558) and his 263 wins rank third all-in career victories. He has been honored twice with WNBA Coach of the Year accolades (in 2001 and 2007) and has also served as a head coach for both the 2009 and 2018 WNBA All-Star Games.

"Dan Hughes has had a powerful impact on others throughout his illustrious career as a coach, educator, and mentor, and his selection to represent our country on the Olympic coaching staff for the USA Women's Basketball National Team is a well-deserved addition to his long list of accolades," said Muskingum University President Susan S. Hasseler. "Coach Hughes exemplifies the difference a Muskingum University alumnus can make in the world, and he is an inspiration for our student-athletes, educators and for all Muskies."

While Hughes' two Coach of the Year honors and 10 career postseason appearances highlight his coaching achievements, his players have been just as successful. In the WNBA, Hughes has produced 17 All-Star selections, six All-Rookie Team honorees, four All-WNBA First Team selections, seven Second Team products and a quartet of All-Defensive Team honorees. Additionally, Hughes' coaching tree is deep in the WNBA, with three WNBA western conference head coaches and two coaches having served under him as an assistant.

Hughes spent 11 years as the head coach and general manager for San Antonio, 2005-09, and 2011-16, guiding the Stars to six postseason appearances. Prior to San Antonio, he led the Cleveland Rockers from2000-03 and was elevated to head coach in Charlotte midway through the 1999 season, posting a 10-10 record for the Sting. With those three franchises, Hughes made 10 playoff appearances in 16 total seasons, including one WNBA Finals showing in 2008 with San Antonio.

Prior to the WNBA, he served as the assistant coach for the University of Toledo's women's basketball program (1996-97) and men's basketball program (1991-96). During his tenure with the Rockets' women's hoops team, Toledo posted a 27-4 record, winning the Mid-American Conference (MAC) Championship and notching an NCAA Tournament appearance. Hughes also served assistant coaching roles with the men's basketball teams at Mount Union College (1982-84 and 1985-91) and Baldwin-Wallace College (1984-85). As a graduate assistant at Miami University of Ohio, he helped the RedHawks to a MAC Championship and an appearance in the NCAA Regionals during the 1977-1978 campaign.

Hughes was a two-sport athlete for the Muskies, playing basketball for two years and baseball for three. As a two-time men's basketball letterwinner, he won two Ohio Athletic Conference Championships (OAC) in 1973 and 1974, finishing with a 19-4 overall, 10-2 OAC record, and 16-6 overall, 10-2 OAC record, respectively. For the remaining two years, he was a student assistant coach, winning yet another OAC Championship in 1977. As a three-year baseball letterwinner, he was the OAC stolen base leader during the 1975 season.

He earned his bachelor's degree in physical education and history from Muskingum and a master's degree in education from Miami University of Ohio. Hughes is a member of the Muskingum University Athletics Hall of Fame. He and his wife, Mary Regula Hughes, a graduate of the Muskingum Class of 1978, are the parents of two children, Bryce and Sara. Their family also includes son-in-law Major Craig Bayer and grandchildren Logan, Jonah, Casey, and Penny.