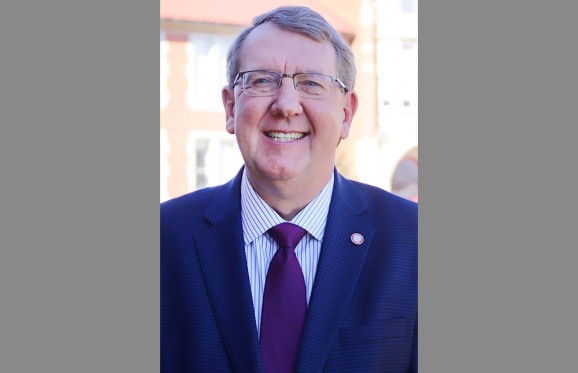 Muskingum alumnus Alan Swank ’77 has joined the University’s Institutional Advancement staff as the Director of Alumni Engagement and Annual Giving.

An Akron native, Alan earned his Muskingum Bachelor of Arts degree in History. After five years as a public school history teacher and coach, Alan led a 34-year career in the school annual yearbook business with Taylor/Balfour yearbooks as a senior sales representative and regional sales vice president.

Alan is married to his high school sweetheart, Terry Elgin Swank.  They have two children, a daughter Lindsey Meili, a senior yearbook representative with Walsworth Yearbooks in Athens, Ohio, and a son Ryan, an executive chef with True Food Kitchen in Austin, Texas.  Alan and Terry are the proud grandparents of Ava, Emma, and Olivia Meili who live right across the street from them in Athens.

Alan also serves as the alumni advisor for the Ulster Club and has been instrumental in leading a group of fellow Ulster volunteers in raising funds for Muskingum’s new Health and Wellness Complex.