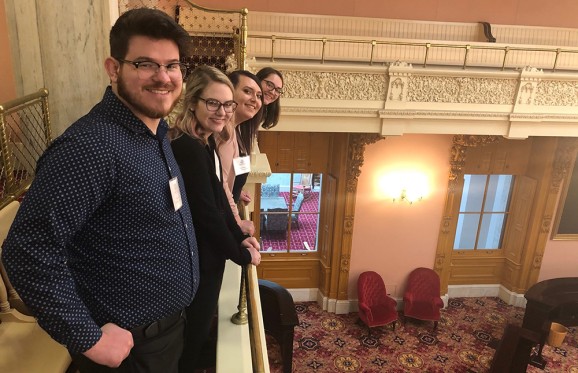 On February 26, Nate Binni '20, Rachael Essex '21, Lorene Kelley '21, and Zoey Stenson '21 – History Majors enrolled in HIST360 Historical Research – attended the annual Ohio Statehood Day event. This year’s festivities celebrated Ohio’s 217th birthday and commemorated the 100th Anniversary of the passage of the 19th Amendment. The group learned a few more details about the history of Ohio and paid particular attention to a panel titled "Centennial of Women's Suffrage and Achievements," as American Women’s Suffrage is an emphasis in the course this semester. 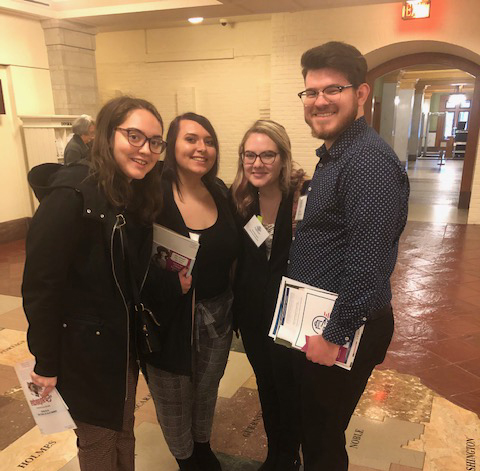 According to Dr. Karen Dunak, associate professor of History and chair of the department, it was a full day of learning and networking for the group. “Beyond the scholarly component of the event, the students attended with an eye toward career development and networking opportunities. They made contacts with groups ranging from the Ohio Museum Association, to Preservation Ohio, to Ohio History Connection,” said Dr. Dunak. “Additionally, they learned about the active role the historic preservation community plays in the Ohio Legislature, and the importance of working with elected representatives to promote commemoration and preservation to enhance Ohio tourism and state pride.”

Does this sound like you? Learn more about Muskingum’s History Department here!