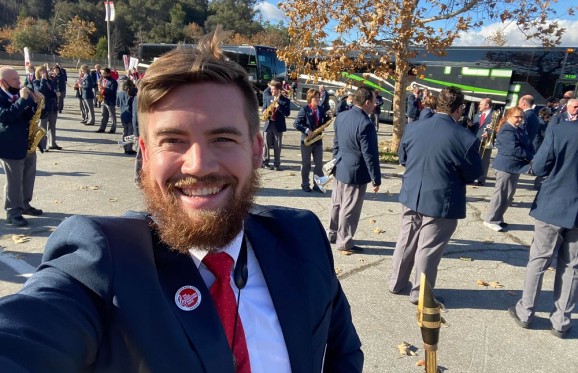 Myers serves as the Band Director for Morgan Local Schools (McConnelsville, Ohio) and shared his experiences in an interview with WHIZ News.

The “Band Director’s Marching Band” included 270 band directors from all 50 states and Mexico and was accompanied in the parade by an animated float, “We Teach Music. We Teach Life.”   The float was the winner of the Showmanship Award for the most outstanding display of showmanship and entertainment in the parade.

The band and float are a project of “Saluting American Band Directors,” the Michael D. Sewell Memorial Foundation's tribute to the exceptional instruction, character development, and inspiration provided by music educators.