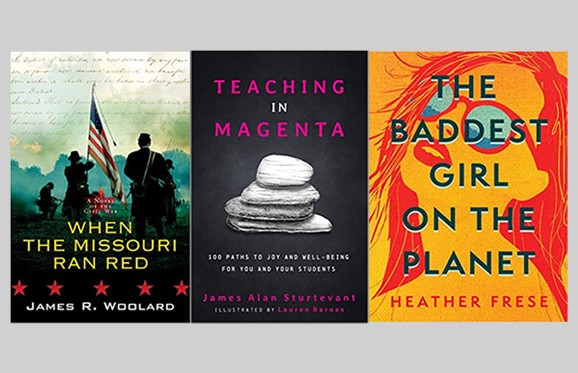 James R. Woolard ’63 completed When the Missouri Ran Red: A Novel of the Civil War, which will be released by Kensington Books in October 2021.  An award-winning author of historical fiction of life on the Ohio frontier, Jim is a Muskingum 2017 Distinguished Service Award recipient.

James Alan Sturtevant ‘83 released Teaching in Magenta: 100 Paths to Joy and Well-Being for You and Your Students in July 2020. A veteran teacher, Jim shares his approach to creating “magnificent school days” for both teachers and students.

Heather Frese Sanchez ‘04 authored The Baddest Girl on the Planet, which will release in March 2021. The novel was awarded the Lee Smith Novel Prize in 2019, which recognizes authors writing about the U.S. South in honor of Lee Smith’s contributions to Southern literature.

Alumni Ask Me Anything Antasio Holley '98

Alumni Ask Me Anything - Bonnie Taylor '05