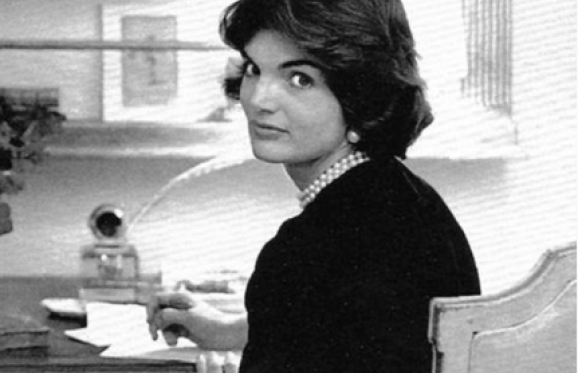 Join us for a virtual discussion on Jackie Kennedy's first 100 days in the White House given by Dr. Karen Dunak, Associate Professor of History.

About this Event
Arguing that style was part of the Kennedy substance, this presentation addresses the ideas Jacqueline Kennedy conceived of during her first 100 days in the White House – and traces her continued devotion to the importance of the presentation of the presidential home and the family that resided therein. In an overview of the first lady’s fashion choices, historical home restoration, and cultivation of the White House as a cultural hub, Dunak argues that Jackie Kennedy played a fundamental role in the visual representation of President John Kennedy’s New Frontier and thus must be recognized as a key contributor to the image of modernity, vitality, and intellect so cultivated by his administration.

Dr. Karen Dunak is a historian of modern American life and culture and is currently writing a book about media responses to and representations of Jacqueline Kennedy Onassis. She is the author of As Long As We Both Shall Love: The White Wedding in Postwar America and a contributing author to Of The People: A History of the United States. She is an Associate Professor of History at Muskingum University in New Concord, Ohio, where she teaches U.S. history and American women’s history. Dunak holds a B.A. from American University and an M.A. and Ph.D. from Indiana University.