The Marquis Plaza lines the west entrance to the Henry W. Bullock Stadium Complex. It honors the memory of Muskingum’s first football stadium, which was dedicated on Oct. 10, 1925. The stadium was named in honor of George “Cam” McConagha, who served Muskingum from 1907-1945, starting as a janitor and ultimately becoming the Chief Engineer and General Manager of the campus. Mr. McConagha was known as “The Wizard of the Campus” for his creativity and resourcefulness in developing Muskingum’s facilities.

When the stadium hosted its first game in 1925, it represented the northern boundary of Muskingum’s campus. Two pairs of concrete pillars with globe lamps framed the long staircase down to the stadium from the space we call today, “the Quad,” but was known as “the Desert” to early generations of Muskies. The first pair was at the top of the hill, and the second where the stairway crossed Stadium Drive. Just as most fans today walk past these pillars when they enter the Bullock Complex from the western entrances, earlier generations past these pillars as they descended the stairs to cheer for Muskingum.

The staircase from the Quad remained in place when the new gymnasium – now called the John Glenn Gym – was completed in 1934, skirting the west side of that building. The upper half of this staircase was abandoned sometime before the construction of the Steele Recreation Center, which opened in 1986, probably because as the footprint of the campus expanded to include dormitory housing on the residence hills, “the Quad” was no longer a primary point of access to the stadium. The lower set of globed pillars remained in place long after the construction of the Steele Recreation Center, and for many years the football team passed between these pillars as they descended from their locker room in the John Glenn Gym to the field.

At the center of the Marquis Plaza is a newly erected flagpole. The paver stones at the base of the flagpole are original concrete blocks preserved from McConagha Stadium. 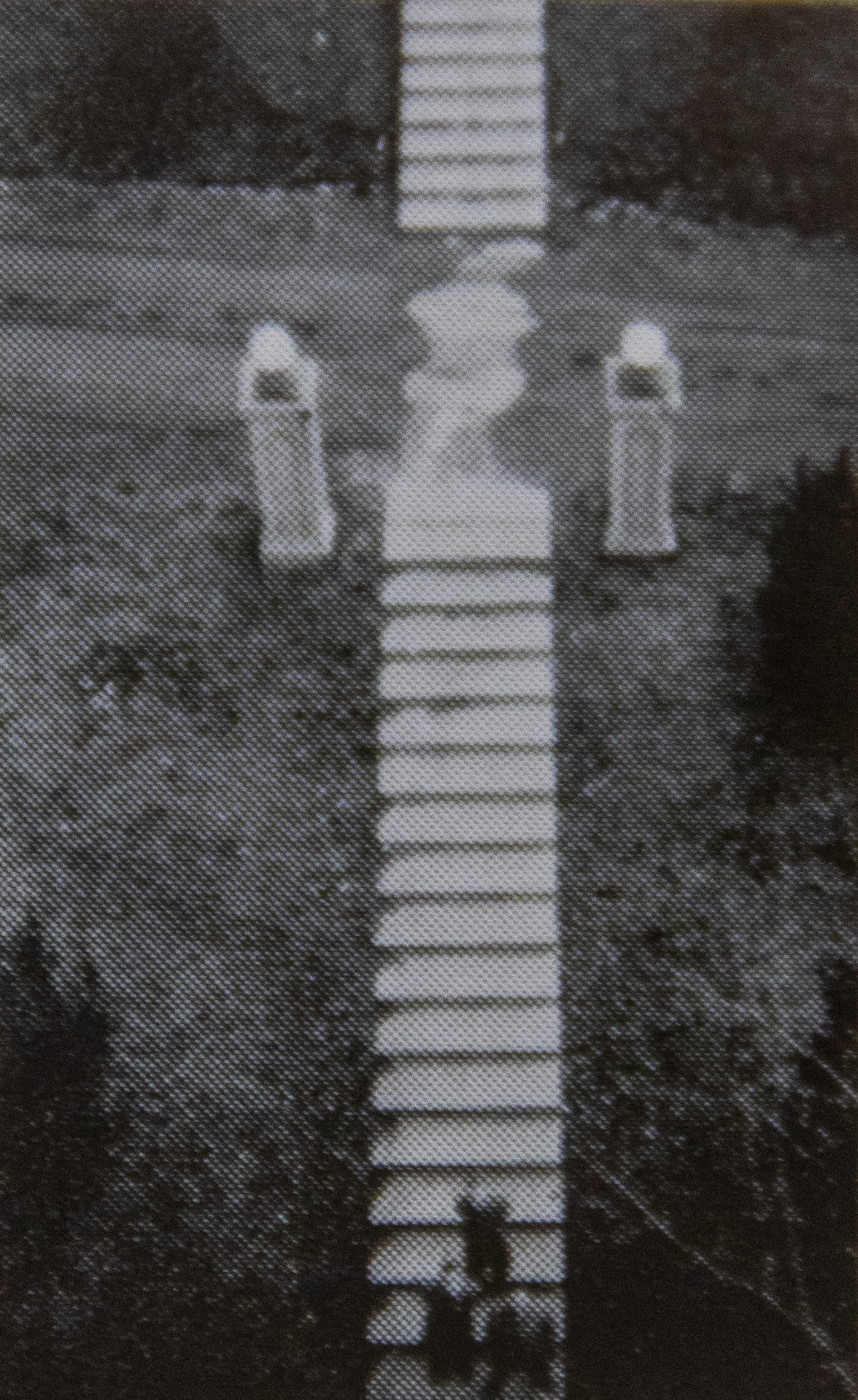 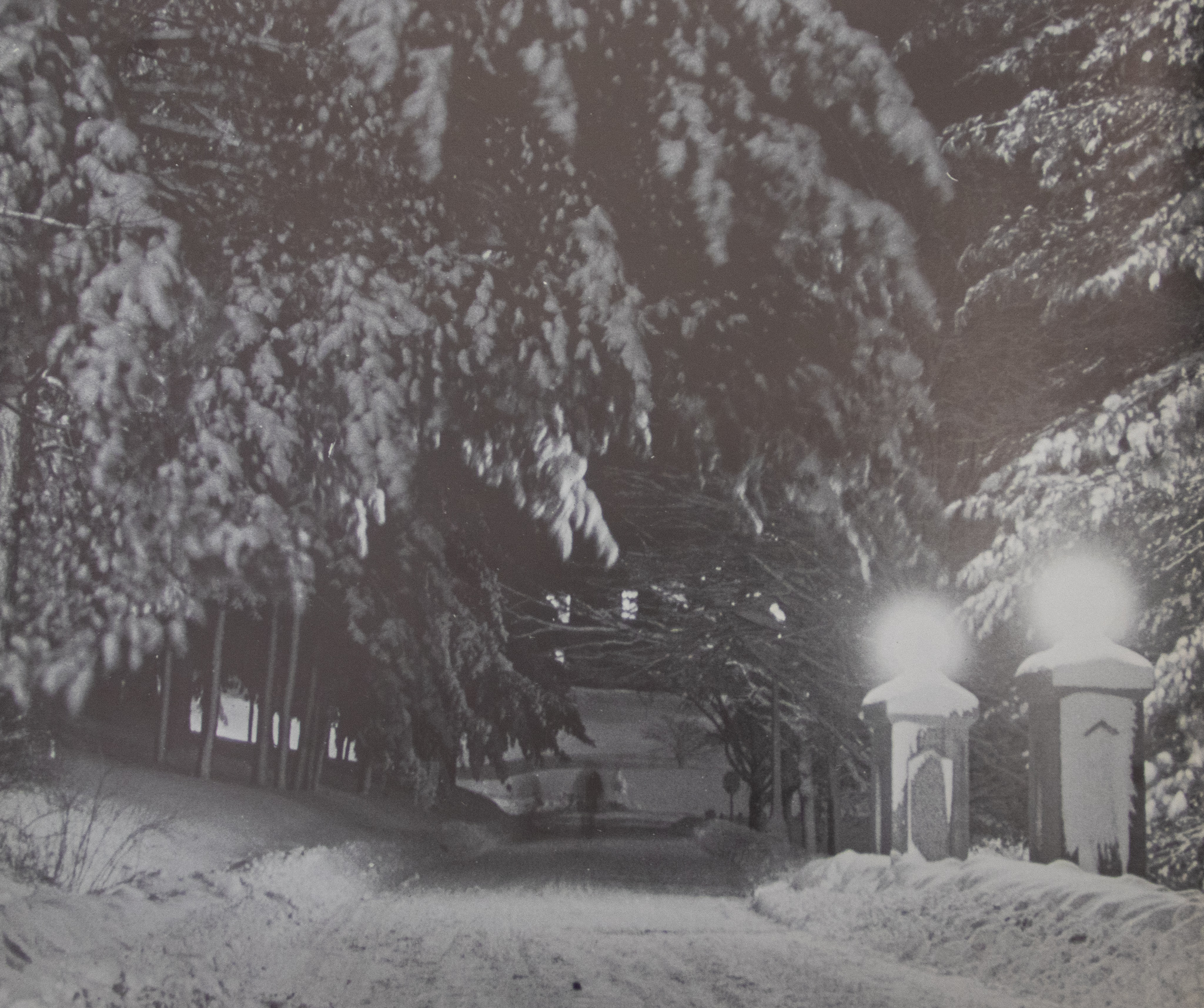 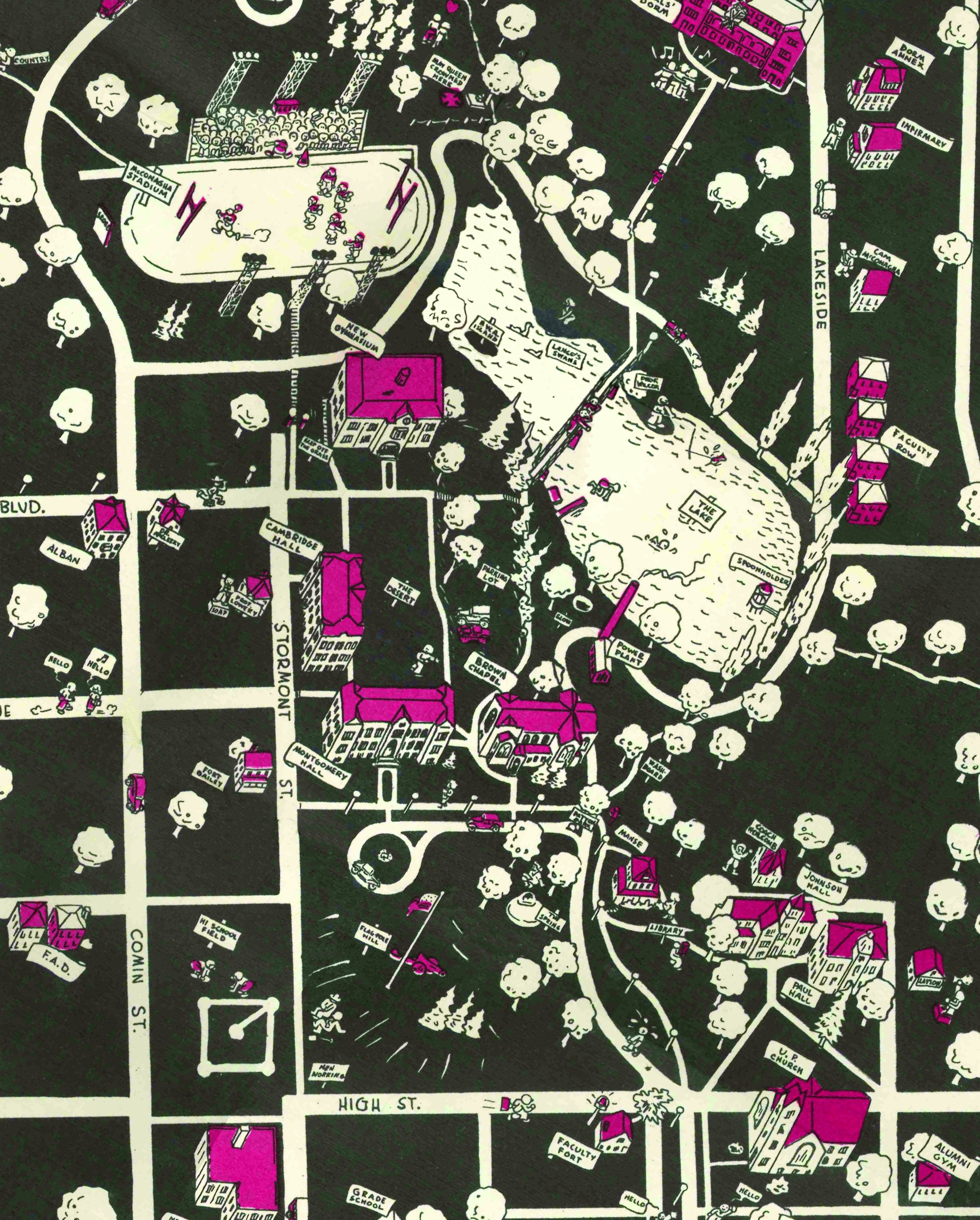 Bullock Health and Wellness Complex
Back to top