Sandra Jo McCutchan completed 78 years of life on November 30, 2019. Sandra (Sandy) was born in Mansfield, Ohio to Florence Josephine Bowman and Harry James Bowman. Sandy met her life partner, Stephen Porter McCutchan, while attending college at Muskingum University. It was there that through their love and devotion to God they developed a partnership that they would cherish through 7 years of courtship and 53 years of marriage. They celebrated that love and commitment with a wedding in the chapel at Muskingum. She was a committed and devoted wife accompanying him as he was called to various churches. At each she was an active member and contributor, serving as an elder in the Presbyterian Church. She excelled in her role at parenting two daughters, Sonia Jo McCutchan Quiñónez and Nicole Wiley McCutchan; two grandchildren, Cecilia Jo Quiñónez Hill and Alejandro José Quiñónez; and welcomed her son-in-law, José Alfonso Quiñónez, with open arms and a loving heart. She felt blessed to support and mentor them in fulfilling careers that contribute to a better society. She shared with her family her love of service, camping, hiking, knitting, sewing, reading, basketball and traveling.

She exercised her degree in Christian Education in Tom’s River, New Jersey, and later served as an administrative assistant at Union Theological Seminary, Wake Forest University, as well as several nonprofits in Winston-Salem, North Carolina, retiring in 2006 from Crisis Control Ministry. In addition to devoting her professional life to God and service, she also spent much of her personal life sharing her hobbies to serve her community and faith. At every church she and her husband were called to, she became involved in community volunteer work. In Bethesda, Maryland she created a curriculum for children at Bradley Hills Presbyterian Church and volunteered with Bethesda Help, Inc.; in Wellsboro, Pennsylvania she was involved in blood drives; in Winston-Salem, North Carolina she was the chair and organizer of their Crop Walk; in St. Petersburg, Florida she coordinated Pack-a-Sack efforts for the Free Clinic. She also enjoyed offering her gifts of sewing and knitting to benefit children in these various communities. She found joy in service and encouraged this same love and commitment in her children and grandchildren.

Sandy and Steve arrived at Westminster Shores in 2014 where they quickly became involved in the community. She was elected member of the Residents’ Advisory Council and chair of the Volunteer Committee. In addition to serving in these roles she freely offered her gifts of editing, specifically to the Westminster Shorelines newsletter and her husband’s writings.

While her family and her community miss her, they are comforted knowing she has been welcomed into the arms of Christ. 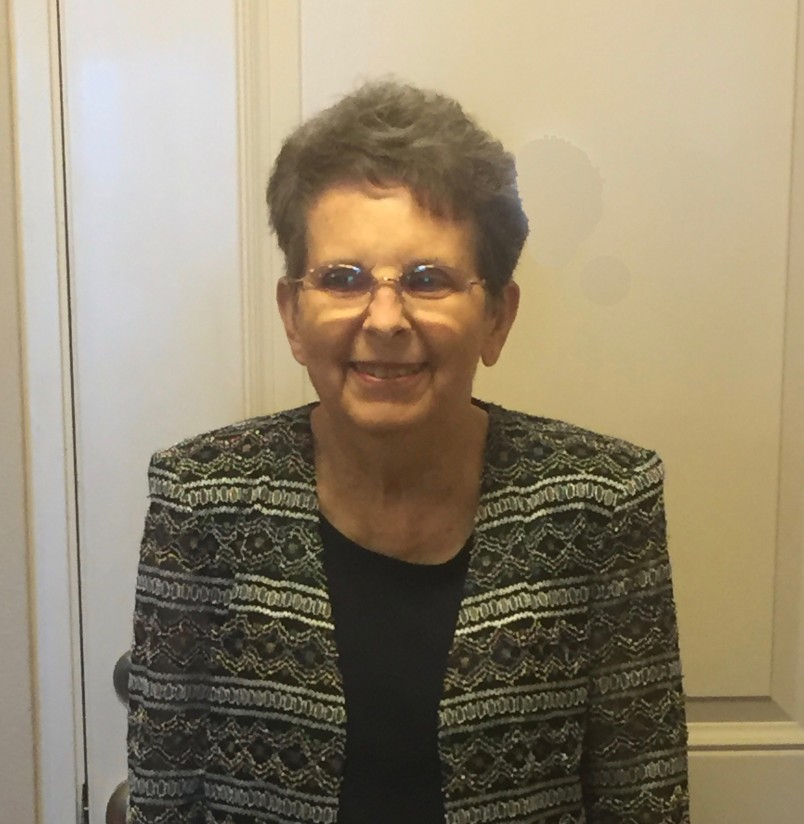