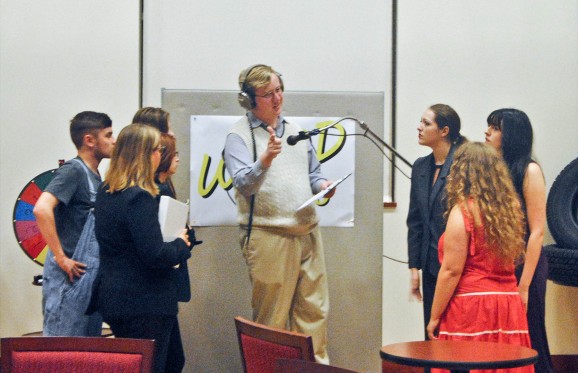 New Muskies from across campus came together to perform “Murder on the Morning Show” on October 11-14, 2018.

The production was directed by upper level theatre majors enrolled in the directing class taught by Professor of Theatre Dr. Diane Rao.