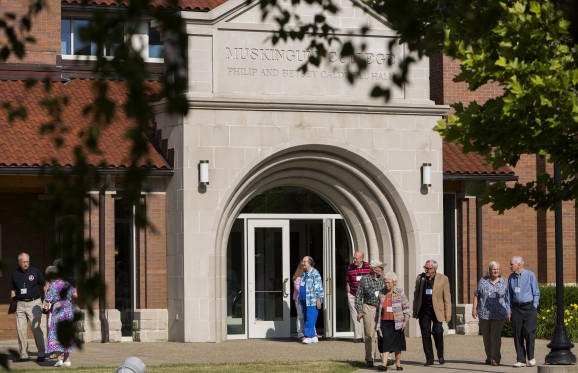 Speech team member Kevin Triskett '07 is ranked 13th in the nation in impromptu speaking, placing him in the top tier among more than 180 competitors from across the country.

As a team, Muskingum won 12th place in the President’s Division Three of the National Forensics Association (NFA). The speech team at Muskingum is advised by Instructor of Speech Communication and Associate Director of Forensics Rachel Pollock.

Contestants in impromptu speaking receive short excerpts dealing with items of general interest that include politics, economics and social issues. The contestant then has a total of only seven minutes to divide between preparation and speaking, with the requirement that the speech lasts for at least three minutes. The result is that most competitors take almost no preparation time in order to speak for as close to seven minutes as possible.

The NFA is an association of intercollegiate forensic programs with more than 100 member institutions from across the country.