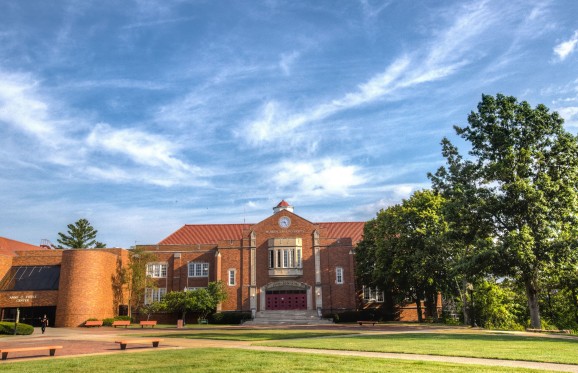 The NCAA’s highest honor, “The Teddy,” is presented annually to a former NCAA student-athlete in recognition of a distinguished career of national significance and achievement. Senator Glenn joins an illustrious list of past recipients, including former U.S. Presidents Ronald Reagan, George H.W. Bush, Gerald R. Ford, and Dwight D. Eisenhower.

Senator Glenn, retired United States Senator and former astronaut, played both football and basketball at Muskingum College in the early 1940s. Pearl Harbor and World War II interrupted his collegiate career. However, the lessons he learned as a member of the football team and the basketball squad weren’t lost on him. “Each individual has to prepare himself to do his very best, whether it’s in an individual or team sport. In team sports, you have to have great teamwork to reach any goal, which is exactly what we have to do in life after athletics and college,” he said.

After distinguishing himself in combat as a fight pilot in World War II and the Korean War, and later as test pilot, he was selected as one of the first astronauts in the nation’s budding space program. In 1962, Senator Glenn became the first American to orbit the Earth. Nearly 40 years later, Glenn became the oldest human to enter space when he joined the crew of the Space Shuttle Discovery in 1998.

On the ground, Senator Glenn represented Ohio in the United States Senate for 24 years.

His wife, Annie Castor Glenn, is a Muskingum College alumna and a retired trustee.

The NCAA recognized Senator Glenn at the Honors Celebration, held January 13, 2008, during the NCAA Convention in Nashville.