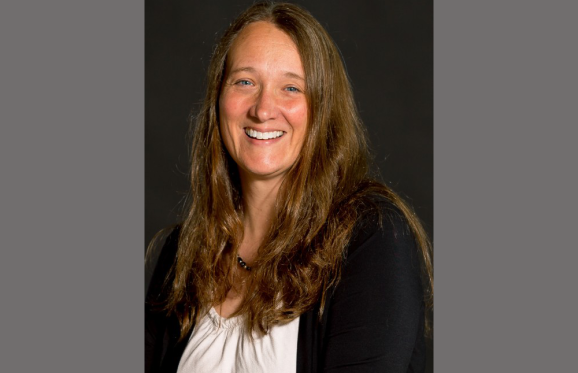 1.    There’s a great synopsis of the book on the UW Press website. Is there anything else you would like readers to know about the publication?

This book is part of a series published by the University of Wisconsin Press -- the Harvey Goldberg Series for Understanding and Teaching History.  See more info here: https://uwpress.wisc.edu/series/goldberg.html This series -- and our book -- bridges the gap that sometimes exists between scholars who are specialists in their field/topic and the thousands of educators who will teach the topic, who may not have had specific scholarly training/extensive reading on it.  One of the exciting things about this book is that it is written by people who are experts in both content and pedagogy, and that they come from many different teaching situations -- from elite Research I institutions to state universities to small liberal arts colleges like Muskingum, to high school teachers.  Several of the books in the series have become leading publications within the sub-field of teaching history – e.g. the volume on American Slavery won the AHA's James Harvey Robinson Prize – and the volume on the Civil Rights Movement has led to important partnerships with key non-profit organizations like the Southern Poverty Law Center's Teaching Hard History initiative.

2.    How long did it take to complete the publication?

The University of Wisconsin Press Board approved the book in September of 2017, and its official publication date was July 21, 2020.  So that's about three years.
It's hard to keep almost twenty authors moving ahead on the same schedule, but we have fantastic, albeit busy, chapter authors and they worked with our feedback throughout the process.  The Press continued to move the project along despite the challenges from the pandemic with people working remotely.

3.    Why was it important to write “Understanding and Teaching the Holocaust?”

One of the issues facing educators who teach the Holocaust is that the resources to teach it have exploded -- and it's overwhelming at times to know what to choose to teach and how to organize a unit or a course.  Our vision for the book is that educators -- both university and 7-12 teachers -- will be able to use it as a starting point -- to build their framework of what to teach and why -- and to provide classroom-tested models of how to teach the material so they do not have to start from scratch.  Each chapter contains key questions to consider to help educators with their rationale for teaching that topic or with a certain type of Holocaust representations (i.e. diaries, memoirs, films, photographs, memorials and monuments).

The Holocaust is something that many people know a little about so for people who are not teachers, it's a great introduction to key but lesser-known aspects of the Holocaust. A term that we've heard a lot about lately is "lived experience" as a way for people to really understand what it was like to live through something. Several of the chapters really delve into this, including the chapter on the impact in Austria of Germany's takeover in March of 1938, the dilemmas and fears facing people who wanted to offer resistance to Nazi Germany or to assist those being persecuted through rescue, and the reality facing Jewish survivors once the war was over in May of 1945.  It's rare that someone gets to take an entire course on this topic, and this is an excellent way to build on basic knowledge -- and to find new books, poems, films, photos, etc. not encountered before now.  Lastly, it is deeply researched and provides so many great examples of how to read, analyze, and understand primary sources -- and in this age of increasing "sharing" on social media without determining accuracy or verifying sources, it's a powerful reminder of why we all need to do both of these things.

4.    How did the University support and encourage your efforts around the book?

I first introduced a course focusing on the Holocaust in my initial year of teaching at Muskingum (2001-2002) and previously there had been an occasional topics course on the subject, but this one was the first permanent, focused course in Muskingum's curriculum.  My fellow faculty supported the course, which as a first-year faculty member, was affirming.  Student interest in the course has remained high throughout the years I have taught it, and it draws students from across the curriculum.  Often more than half of the students in any given class are non-History majors or minors.
I have done off-campus training for teaching this course, which was integrally important to the Series Editors' decision to ask me to serve as the Editor for this volume.  In January 2002 and again in June 2009, I attended educator training workshops at the U.S. Holocaust Memorial Museum in Washington, DC, and in both cases I received faculty development funds from the University for some of the associated costs. In addition, in the summer of 2016, I was a Fellow at the Holocaust Education Foundation (HEF) Summer Institute on the Holocaust at Northwestern, and again the University, through a Faculty Development Grant, underwrote a portion of those costs.

5.    So how has the book been received and what can people expect next?

I'll be working with multiple organizations in the next year to share the ideas, content, and teaching strategies from this book in training educators, especially at the 7-12 level.  I've already heard from multiple alumni who are teaching this subject currently and are excited about reading the volume. I am also helping a local educator think about and design her new course for 10th graders, which is focused on World History and the Holocaust. Additionally, I've had alums reach out who are not educators but want to read the book and share it with their networks. The outpouring of support from former students has really been tremendous and humbling.
I am also knee-deep in my next major scholarly project which examines the rumor culture in postwar Germany under Allied occupation (1945-1951). In addition, I am currently researching and writing about the role of gender in defining and explaining resistance to totalitarian regimes and how gender played an impact in the refugee flows, immigration attempts, and statelessness (for some) in the post-Second World War period in Europe.

Muskies Make a Big Splash in the Media
Back to top