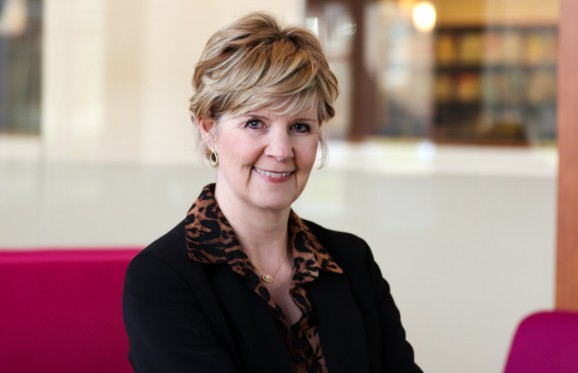 Muskingum University Associate Professor of Psychology Dinah Meyer recently published an article, “Psychosocial needs of first-time mothers over 40,” in the Journal of Women & Aging. The study focuses on women who gave birth to their first child at age 40 or later, an understudied group.

Dr. Meyer believes this study can provide insight to professionals and non-academics alike.

“My hope is that medical and psychological professionals can give credence to the evidence that their experience is different from that of their younger peers,” said Dr. Meyer. “I also hope to see a shift in the public perception of older parents from one that views them as an anomaly to be concerned about to one that respects the stability, wisdom and resources that they typically can provide to their child.”

Dr. Meyer began her research on this topic six years ago, first conducting a small pilot study before embarking on this published study. According to Dr. Meyer, when in search of scientific literature, she wasn’t able to find as much information on mothers over the age of 40 compared to the amount of information on mothers in their 20s and 30s.

In Dr. Meyer’s study, she had 147 women participants in total. These women gave birth to their first child at age 40 or later. Participants were solicited through online forums, websites, Facebook groups and Meetup groups dedicated to older motherhood.

The main findings from Dr. Meyer’s research include:

A licensed psychologist, Dr. Meyer’s primary interest and expertise are in the treatment of women and assisting them in coping with life's challenges, including relationships and parenting. She also has previous research in the area of eating disorders.

Dr. Meyer has been a member of the Muskingum University faculty since 1999. She received her bachelor's degree from Ohio Dominican College and her master’s and doctoral degrees from The Ohio State University.