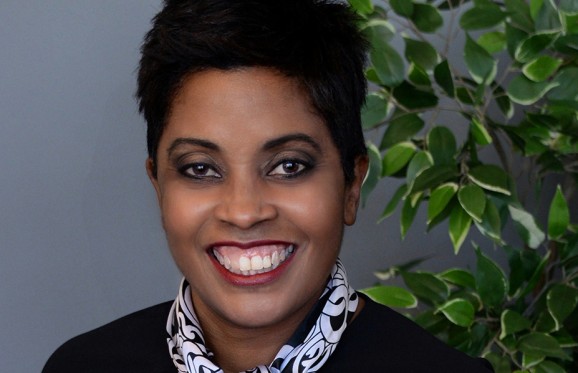 “We are woven into the fabric of this country and need to be represented with all history.”

1. How did your experience at Muskingum prepare you for what you're doing today?

Being a student-athlete at Muskingum, gave me the opportunity to continue to play the sport I loved along with receiving a great education. When I played volleyball at Muskingum, teamwork was essential. This is the same concept we use where I am a team member at Michelle Browns State Farm Agency. We focus on the big picture and the success of the agency. When the goals are lined up properly everyone wins, the customer, our team, and the agency.

2. How can those experiences shape the next generation of Muskies and their experiences?

I think the “Muskie Experience” is a well-rounded experience. At Muskingum, students are given a unique opportunity to be involved in a lot of organizations, from athletics to choir, to serve the student body or be on air at the radio station. The well rounded “Muskie Experience” will give the next generation the confidence to thrive in any profession they choose.

3. Why is it important for Muskingum to hold space this month and recognize Black History Month?

As I pondered this question, I decided to research Black History Month. Since Lincoln’s assassination in 1865, the black community, along with other Republicans, celebrated the fallen President’s birthday. And since the late 1890s, black communities across the country had been celebrating Frederick Douglass’s birthday as well. This led to “Negro History Week” in 1926, and eventually, in 1986 Congress passed Public Law 99-244 (PDF, 142KB) which designated February as "National Black (Afro-American) History Month.” At this time, there was a purpose for focusing on Black History in a particular month when Blacks were first freed. As with other Americans, Blacks are a major foundation for the greatness of this country. It is time to force publishers to include Black history into American history books. We are woven into the fabric of this country and need to be represented with all history. Here are a few great Americans and inventors:

These contributions, just to name a few, should make these Americans “Household Names”. Black History is American History!