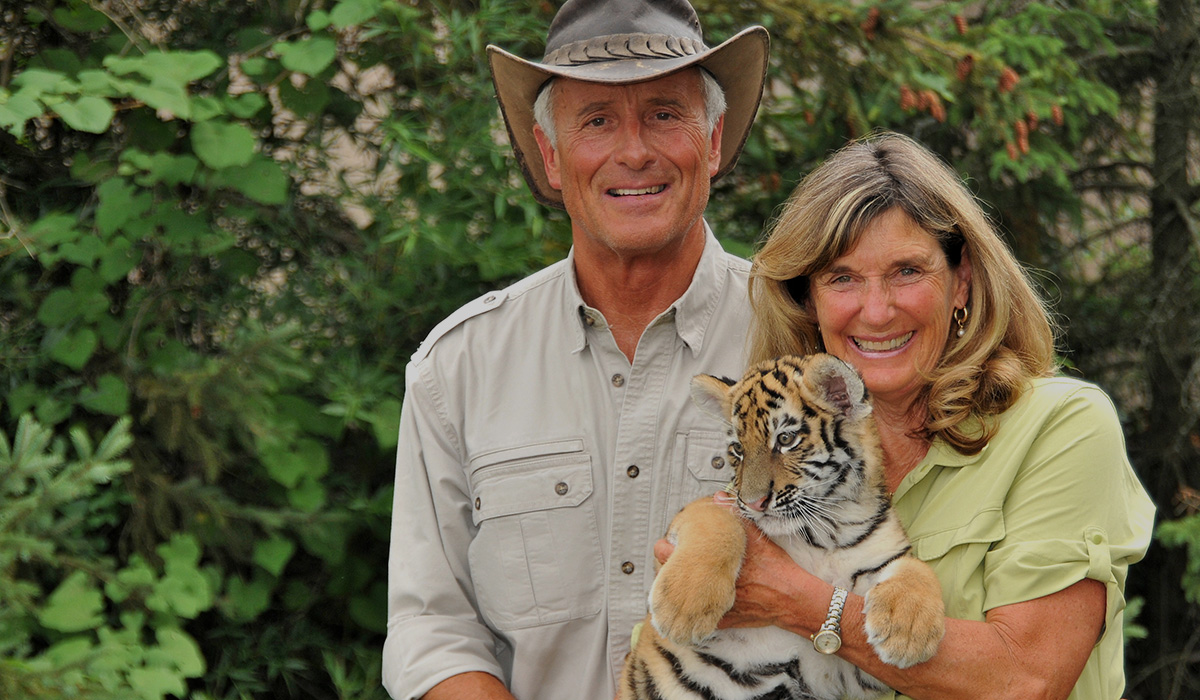 Passion for animals, dedication to teaching, and a great sense of humor. That’s the recipe that made Jack and Suzi Hanna two of the most well-known, well-respected and well-loved conservationists ever to grace the national stage.

Animals and education have been central to their lives from the very beginning. The Hannas met at Muskingum College when Jack was preparing for a career working with animals, and Suzi was pursuing a degree in education. They married in 1968 and, when Suzi was pregnant with their first daughter, Jack brought home a “kid” for her to practice with – a baby goat!

Just ten years later, Jack was asked to serve as director of a little-known, rundown zoo in Columbus, Ohio. The Hannas never anticipated the adventures ahead but, together, they were perfectly positioned to lead the Columbus Zoo and Aquarium and the entire zoological world into the 21st century.

When the television cameras discovered Jack and his charismatic way of connecting people with animals, Suzi was his biggest champion. Recognized around the country as America’s favorite zookeeper, Jack has made countless television appearances since 1983 on shows such as Good Morning America, CNN’s Larry King Live, The Ellen DeGeneres Show, The View, Fox News Programs, the Late Late Show with James Corden and the Late Show with David Letterman.

Jack took his infectious energy to the airwaves by creating three nationally televised programs.  Jack Hanna’s Animal Adventures ran for 10 years and is still currently in syndication. Most recently, the Columbus Zoo and Nationwide partnered to present the Emmy Award winning Jack Hanna’s Into the Wild in syndication and a show on ABC, Jack Hanna’s Wild Countdown. Always by his side and equally passionate about the natural world, Suzi is now his co-host as they travel the globe meeting animals and the people working to save them. Their unique and moving experiences led them to initiate the Columbus Zoo’s strong commitment to wildlife conservation efforts in 40 countries worldwide.

Jack and Suzi have had the privilege to travel to Africa more than forty times and have visited each continent at least twice. Although they have explored many fascinating cultures and animals throughout their travels, the country that has truly captured their hearts is Rwanda. The Hannas have experienced the thrill of observing the magnificent mountain gorillas, while also spending time with many people in the community. Jack and Suzi are proud to support a number of Rwandan wildlife and humanitarian organizations including the Gorilla Doctors and Partners In Conservation.

The Hannas have been married for almost 50 years and they have three daughters and six grandchildren. In their free time they love to hike and spend as much time as they can with their family. Whatever Jack and Suzi’s role, they will always be adventurers at heart, never hesitating to jump at the chance to travel, explore, and generate support for the animal world.