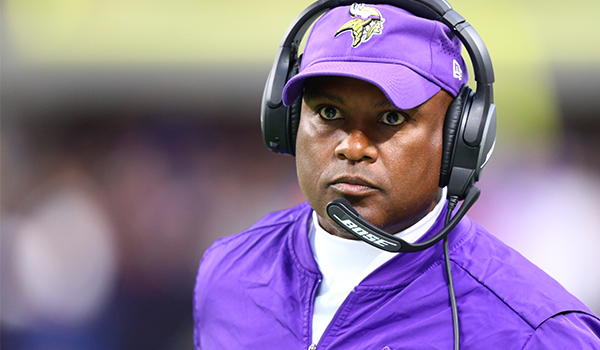 Darrell Hazell, retired as the wide receivers coach for the National Football League's Minnesota Vikings after the 2018 season, has twice served as an NCAA Division I college coach, with Kent State from 2011 to 2012 and with Purdue from 2013 to 2016.

Hazell, born April 14, 1964, attended Cinnaminson High School in Cinnaminson Township, New Jersey before enrolling at Muskingum and becoming a member of the football and track teams. He graduated from Muskingum in 1986.

During his time at Muskingum, Hazell earned multiple all-Ohio Athletic Conference honors while serving the football team's captain. He held University records for the most receptions (132) and receiving yards (1,966) until 2013. Hazell was inducted into the Muskingum University Athletic Hall of Fame in 1993.