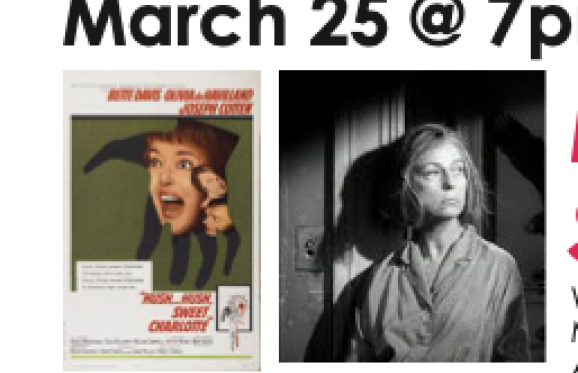 March 25 at 7pm in BSC336 we will show Hush . . . Hush, Sweet Charlotte, the 1964 film for which Moorehead received her fourth Oscar nomination and for which she won a Golden Globe. Said Golden Globe will be in attendance on this night, so if you’ve ever had the desire to see a Golden Globe without a piece of glass between you and the award, this is your chance. Formal attire not required. I feel like the film should have an award for punctuation. Also? Popcorn!