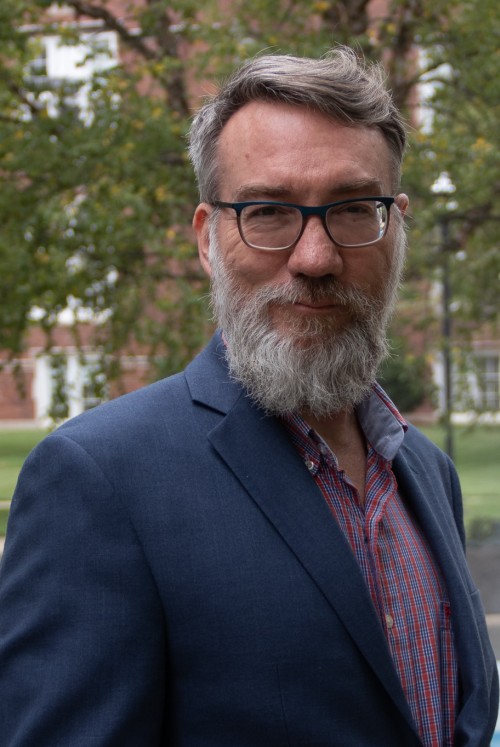 Professor Todd's current book project is entitled:  Mary and Etta: Ohio Poems.  As a scholar, Professor Todd has, with Dr. Christine Junker, co-edited a double issue for Studies in the Humanities, focused on the intersection of disability studies and ecocriticism.  The issue was published in April of 2020.

In the winter of 2018, Todd published "The Politics of Disability in Octavia Butler's Kindred" in the Journal of Narrative Theory.  In the spring of 2017, Todd gave the keynote address at the SAGES Fifth Annual Interdisciplinary Student Conference (Akron, Ohio).  His talk was entitled "Birth and the Mourning After:Posthumanism."  In 2016, Todd published "The Hidden Architecture of Disability in Chris Ware's Building Stories" (in Disability in Comic Books and Graphic Narratives) and the "The Disabled Hero: Being and Ethics in Peter Jackson's "The Lord of the Rings" (Mythlore).  Todd has co-edited Terror and the Cinematic Sublime: Essays on Violence and the Unpresentable in Post-9/11 Film and Sexual Ideology in the Works of Alan Moore.  Todd has also published on Joel and Ethan Coen's The Big Lebowski, Samuel R. Delany's Dhalgren, Flann O'Brien's At-Swim-Two-Birds, and Doctor Who.

Professor Todd is on LinkedIn and on Humanities Common.

English
Back to top